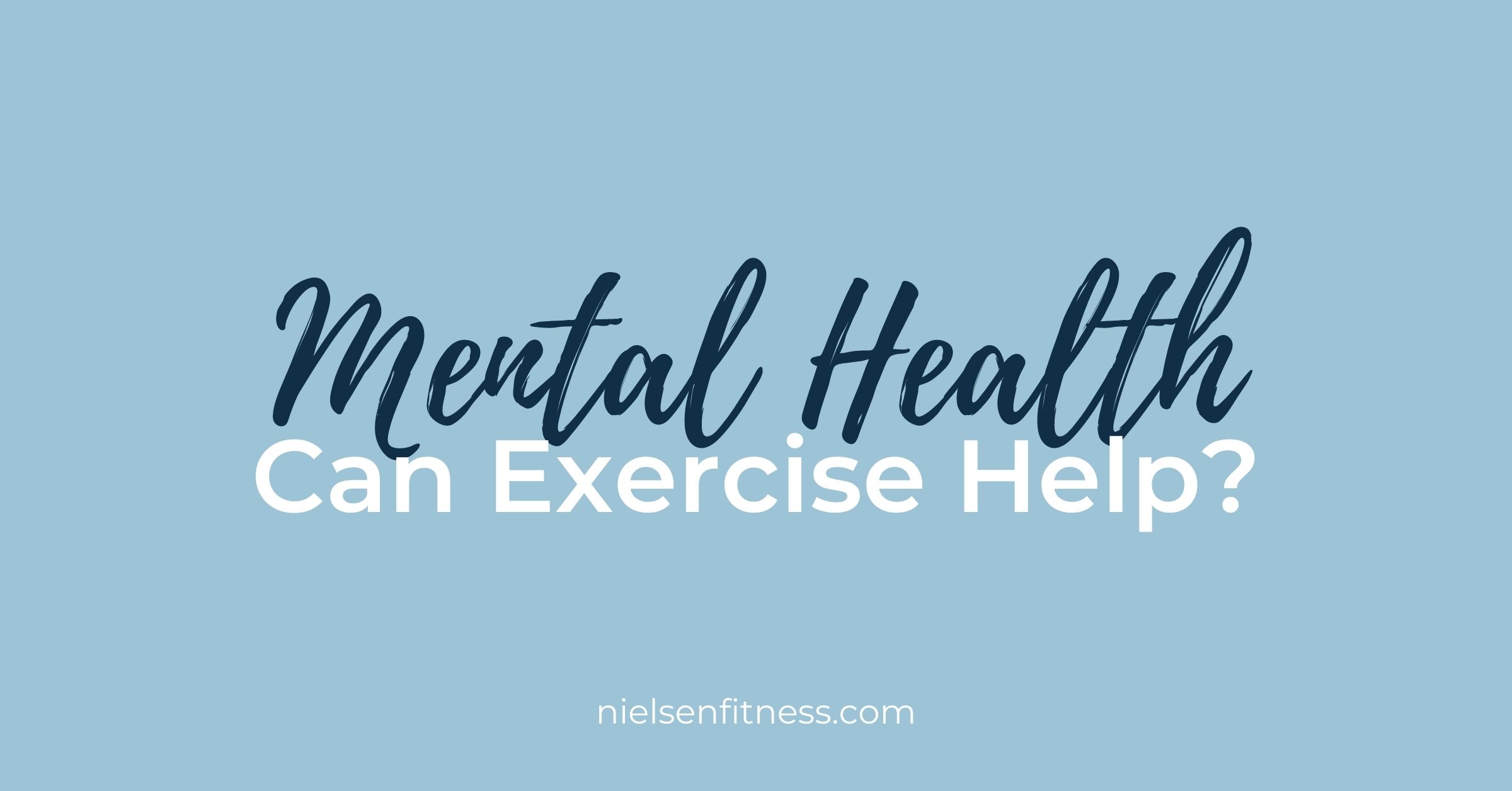 How is your mental health these days? If the answer is ‘not great’ or ‘so-so’ you’re in good company. After two pandemic years, evidence shows that we are at a collective all-time low when it comes to mental health. For example, a recent poll found that 40 percent of Canadian young adults are at a mental health breaking point.

There are lots of reasons for this and the solutions aren’t simple. But one thing we know for sure is that exercise can have a positive impact on mental health. While acknowledging it’s not a silver-bullet cure, we thought it might be helpful to share some science-backed research about how exercise can help your mental health.

Research has shown that inactivity has been associated with higher levels of depression and anxiety, loneliness, and stress, as well as lower positive mental health.

Exercising regularly – and safely – can be a great way to keep your body pain-free, mobile, energized, fit and healthy overall. Regular exercise has been known to reduce the risk of heart disease, manage insulin levels, improve sleep and more. All of these improvements surely can have a positive effect on the mind.

Think about it this way: if you have aches and pains due to inactivity, such as low back or neck pain, regular exercise can improve those greatly! This is because exercise can help decrease inflammation and strengthen muscles, and increase mobility, thus decreasing pain.

Exercise increases blood circulation to the brain and boost endorphins, dopamine, and serotonin, three of the “happy hormones” that can affect mental health:

Endorphins (working in tandem with endocannabinoid neurotransmitters) are responsible for the phenomenon known as a “runner’s high” that many people experience after a good workout. The release of endorphins has several positive effects, including pain relief, an overall sense of well-being and happiness, reducing inflammation, as well as triggering the production of dopamine, another happy hormone.

Dopamine is the pleasure hormone and plays a key role in your overall mental wellbeing. Over time, regular aerobic exercise (including jogging, cycling, gardening, dancing etc.) can result in higher levels of dopamine.

Serotonin helps to regulate some pretty important things, including sleep, appetite, mood, and pain. It’s no wonder, then, that boosting your serotonin levels can have a positive effect on your mental health. In addition to eating healthily (95% of serotonin is produced in the gastrointestinal tract), exercising – especially outdoors – can boost your levels and get you feeling the effects of this happy hormone.

How Do I Start?

Exercising can be a welcome distraction and help increase mindfulness and confidence – which makes it an excellent coping mechanism for those who worry or are prone to negative thoughts.

First and foremost, we recommend talking with your doctor before starting a new exercise program. Your doctor can give you the best advice for your health, including what intensity of workouts are okay for you considering any health conditions you may have or medications you may be taking.

The hardest part of exercising is often the first step: putting on those gym clothes. To make that easier, commit to a small amount of exercise – 5 to 10 mins. Odds are you’ll want to continue longer once you get started but, even if you don’t, those few minutes will likely have a noticeable effect on your mental and physical health, especially when compounded over time. Once you develop a routine, set some goals. Meeting these goals can boost that happy hormone we learned about earlier – dopamine – and get you feeling more confident.

If you’re able to exercise outdoors, with a family member or friend, or at a gym, this will also help to give you an extra boost due to social interaction. Even the simple act of exchanging a friendly smile or wave to a stranger on the street while walking, or at the gym can boost your mood.

If you struggle to stay motivated and committed, it’s important to create a positive connotation with physical activity. Whether it’s running, cycling, walking, weight-training, dancing, swimming, or playing sports, find an activity you enjoy and look forward to. Think of physical activity as a tool to help you feel better, not as a chore.

Whatever you choose, avoid comparing yourself to others or your past self. Instead, focus on your progress and give yourself credit for every positive change you make.

If you can, keep track of the positive changes you notice in a notebook. Your notebook can be a place to go to for an extra boost when you’re having a down day. Remember, no one is perfect; we’re all work-in-progresses. Don’t be too hard on yourself – you’re doing the best you can!

This post has really just scratched the surface; there are many other positive effects of exercise we haven’t discussed. That said, exercise is not a replacement for treatment by a healthcare provider. If, however, you or your provider feels you could benefit from a regular exercise routine, we’re here for you.

We are a team of caring, professional, experienced trainers who have experience working with clients from all backgrounds and with many different health concerns. Not only are they professionals, but they’re all kind and friendly and happy to support you on your fitness journey. If you’re interested to try personal training – either virtually or in-home (in Toronto) we’ve got a free first workout with your name on it. Click here to reach out and get the ball rolling.

frontiers in Psychiatry: High Sitting Time Is a Behavioral Risk Factor for Blunted Improvement in Depression Across 8 Weeks of the COVID-19 Pandemic in April–May 2020